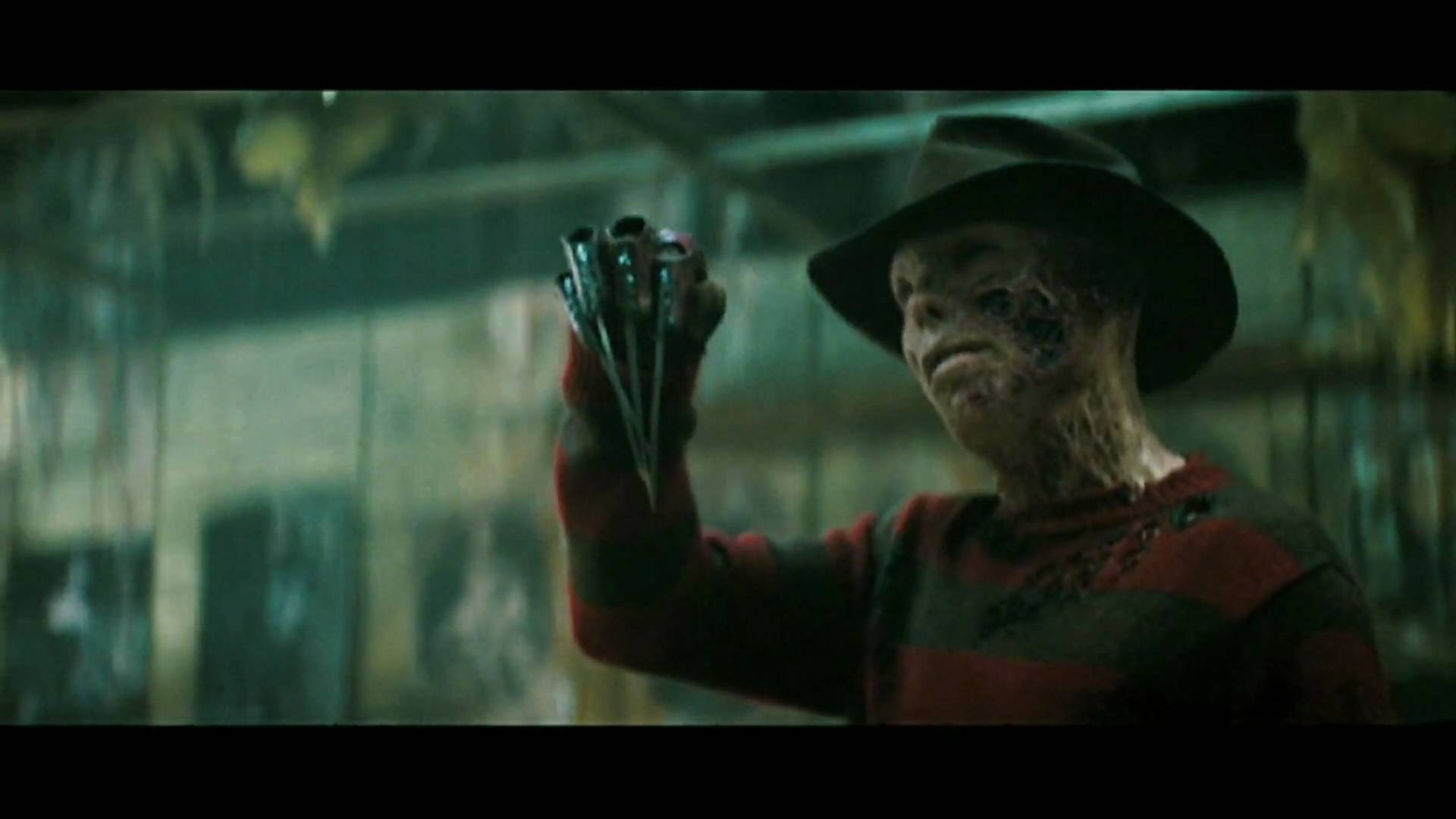 In this Death of Fear segment, I’ll be discussing A Nightmare on Elm Street, which is so far my 100% favorite 80’s slasher for so many reasons. Sure, My Bloody Valentine had its laughs and its perks, but I felt like A Nightmare … was a little more grounded in what it wanted to be: a strong balance between humor and fear. It’s got blood, boobs, and some long creepy claws. Because I love the original I wanted to see if the remake could hold up. I was interested to see what the remake did to add... 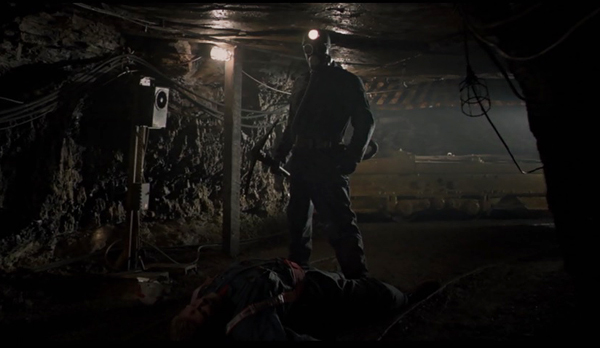 The Death of Fear: My Bloody Valentine

My Bloody Valentine (1981) is everything you’d expect and want in a slasher. There’s blood, nudity, a younger generation who don’t take a threat seriously, a transgression, a love triangle, a mask, a weapon, and of course, a (sort of) final girl. So why remake it if it’s everything all little slashers grow up wanting to become? Well, because now, almost forty years later, it’s not scary.
It’s funny.
My generation (millennial) is crazy desensitized to on-screen blood and violence. I remember p... 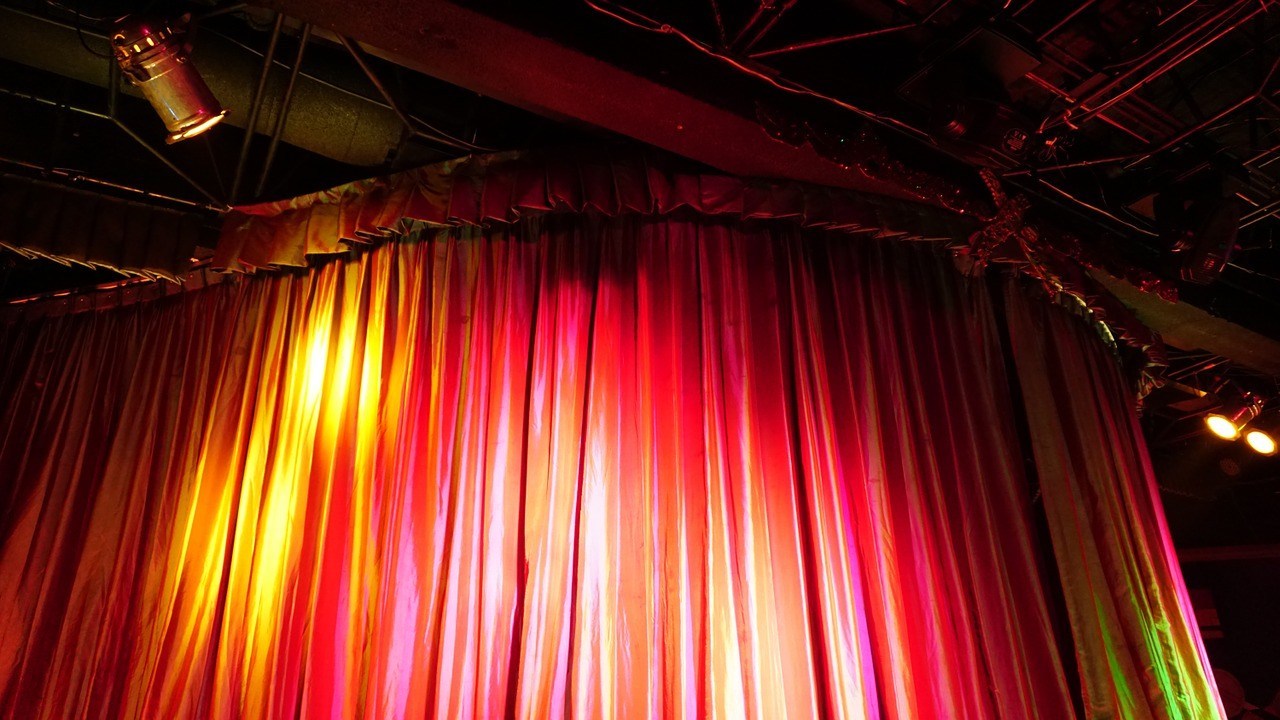 The Colors of Her Life

Lights.
You share two things with your dead grandmother: death and musicals. That’s all you have in common. Had. Since becoming pregnant, you’ve been thinking about her more and more. The weight of her disease falls on you, coils around your heart, tightens and reminds you of your own mortality.
You remember her easiest when you sit with Papa’s cologne bottle in the corner of your bathroom and inhale the dark pine scent—him, you miss. He was the grandparent you visited and called and loved. Y... 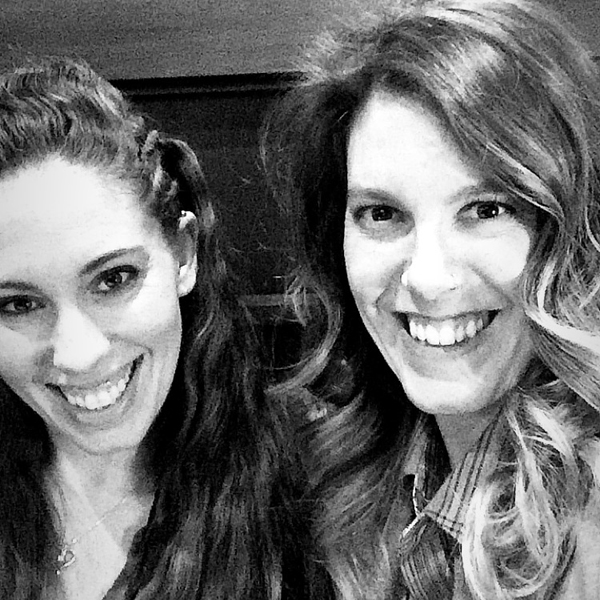 I’d been feeling down and unaccomplished. I still only had a handful of articles published and getting an agent seemed to be a very far away dream. I was toying with the idea of getting a Ph.D. and had applied to Georgia State and the University of Colorado. I thought about trying my hand at being an agent and looked into internships. I had shopped a book around that was drafts away from being ‘complete.’
I was Lost with a capital L.
If you’ve ever been Lost, you’ll remember, you tend to get ... 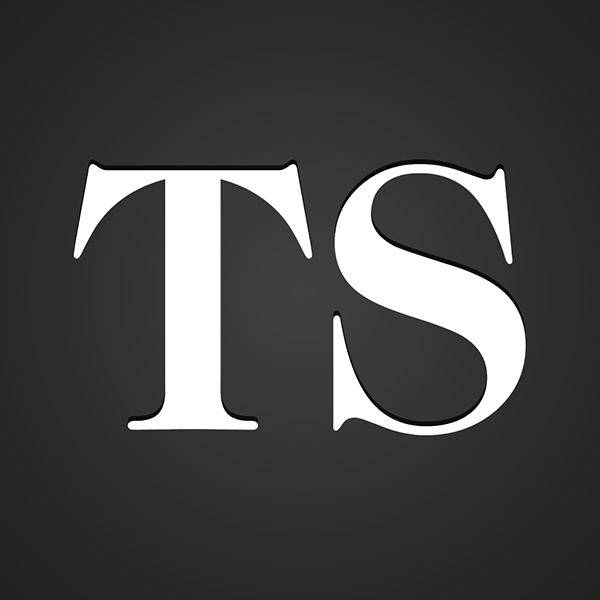 Kindergarten, please take care of them

Dear Kindergarten,
You are about to get a fabulous group of kids. I’ve been their preschool teacher for three years and there were just a couple things I wanted to tell you, considering I will be with my own, new class on the first day of school.
Please know, Kindergarten, that the girl who draws rainbows, she can come off as a little demanding but understand, she is a rainbow. She’s strong and vibrant and shines the most beautiful colors despite any storm. She’ll weather them all and come ou...

When I Believed I Was Simply 'Not Smart'

I believed my guidance counselor when she said I’d never go to college.
I sat at her desk in her cubicle inside of the school office. I was a sophomore and supposed to be talking to her about college options. Mary had a bob hair cut and pictures of her children in plastic gold-colored frames. She’d glanced at my transcripts. Her lips were pursed and the mole above her lip had a thick, black hair growing out of it.
“So, I’m here to discuss options?” I asked her, not sure how college options sh... 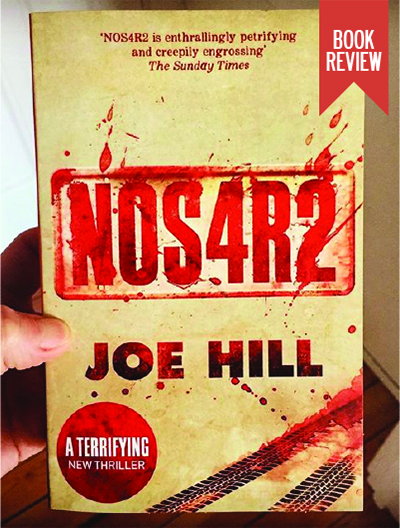 I just finished reading Joe Hill’s NOS4A2. It took me three weeks, which is two weeks and three days too long. I munched on it, rationing it like my last meal. I wanted to stay in the world Joe Hill built just a little longer. Please.
In NOS4A2 Joe Hill possesses an uncanny knack for tapping into the human psyche. This book comes with its own private haunting. The moment you crack open this 689 page monster you’ll feel someone leaning over you, asking, “What is it you want most?”
We have the ... 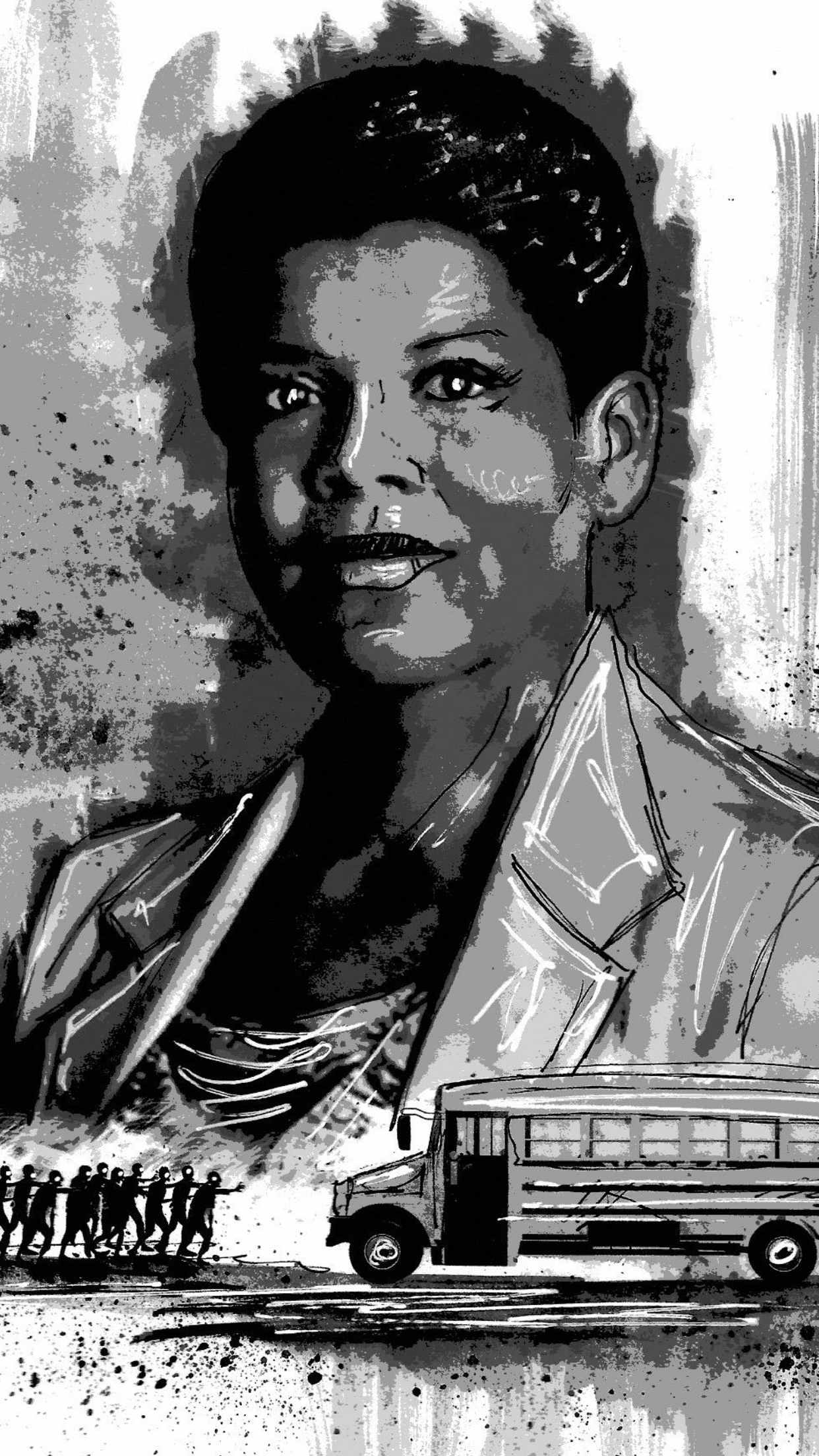 Interview with Tananarive Due

Tananarive and I discuss her tips and tricks of the trade and what it's like to be a guest of honor at the World Fantasy convention. 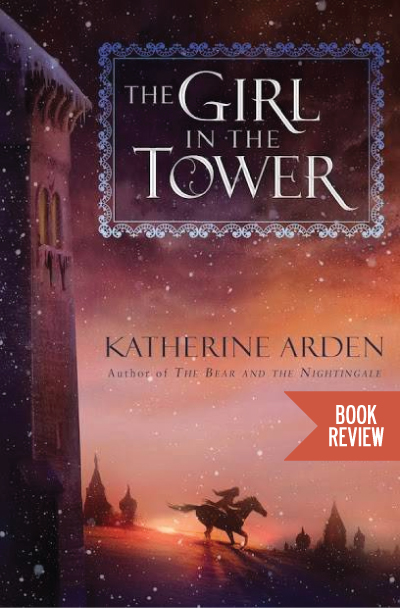 The Girl in the Tower by Katherine Arden

“No, you cannot fade; you are immortal.” Vasya reached for him, caught his shoulders between her hands. On swift impulse, she reached up and kissed him. “Live,” she said.
The Girl in the Tower is the sequel to Katherine Arden’s New York Times bestseller, The Bear and the Nightingale (review). If the first one had me falling in love, the second one commands I build it a shrine. The writing is perfect and the story is carved and pristine. Katherine Arden transports you back to ancient Russia, a... 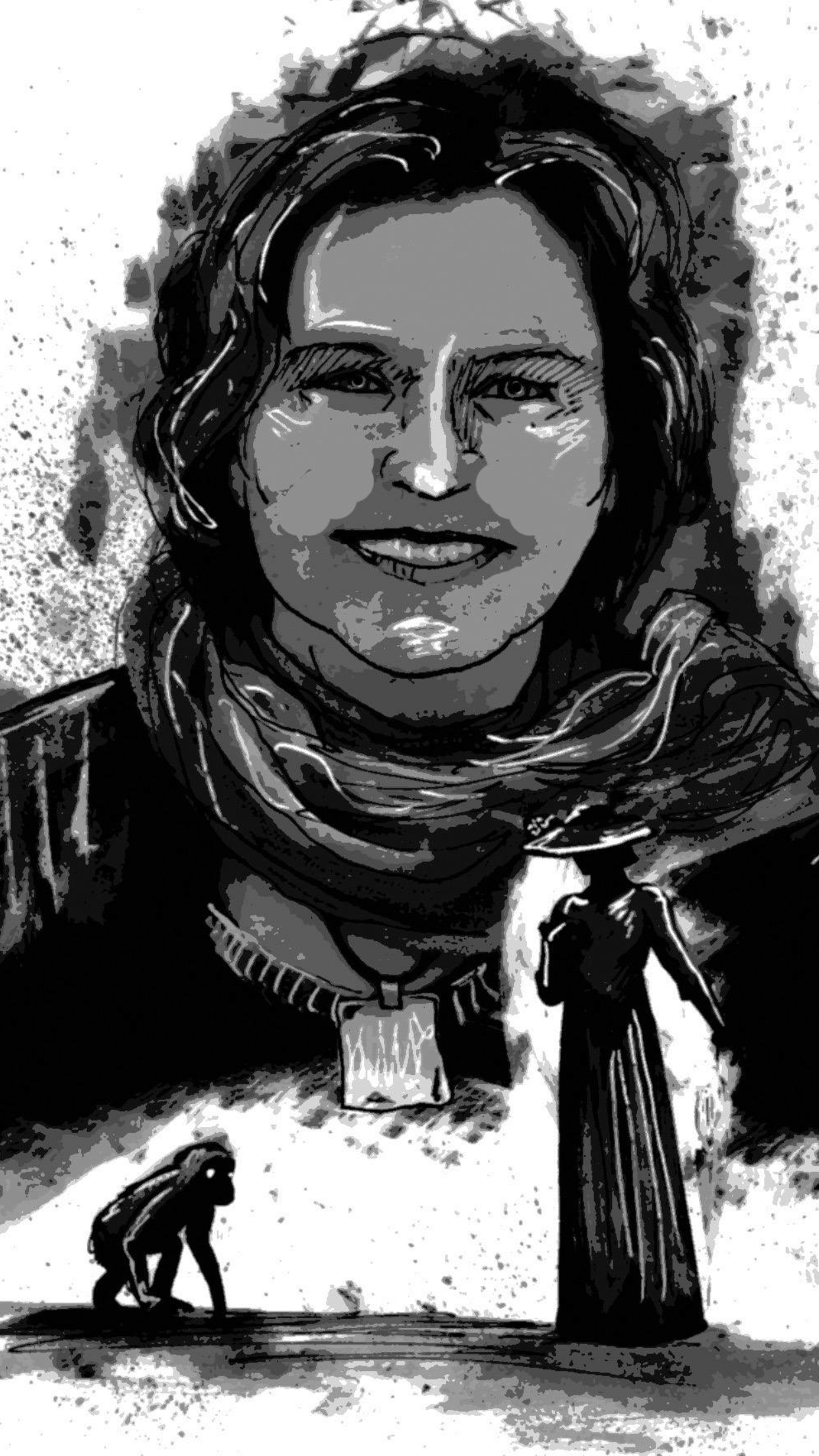 Mrs. Fowler and I discuss her work, her life, and some of her tricks. 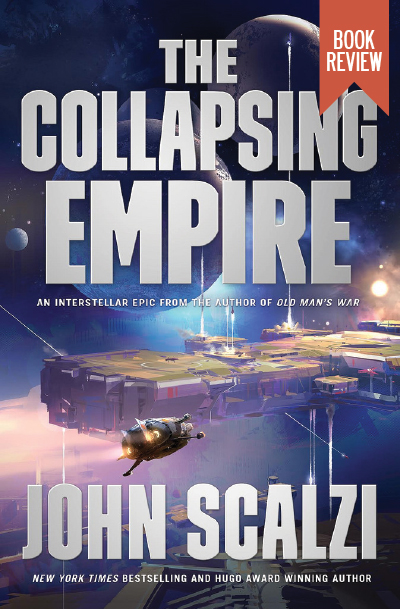 The Collapsing Empire by John Scalzi

The Collapsing Empire, by John Scalzi is not only an awesome start to a new series, (or trilogy, however he intends to write this) but it’s also showing the potential that Science Fiction is daring to become: fast-paced, minimal info drops and you don’t need a masters in nanotechnology to understand it.
Just physics – and everyone has one of those degrees, right?
Kidding.
Before talking about Scalzi himself, let me give you a summary of the book, and implore you to pick up a copy.
In The Coll... 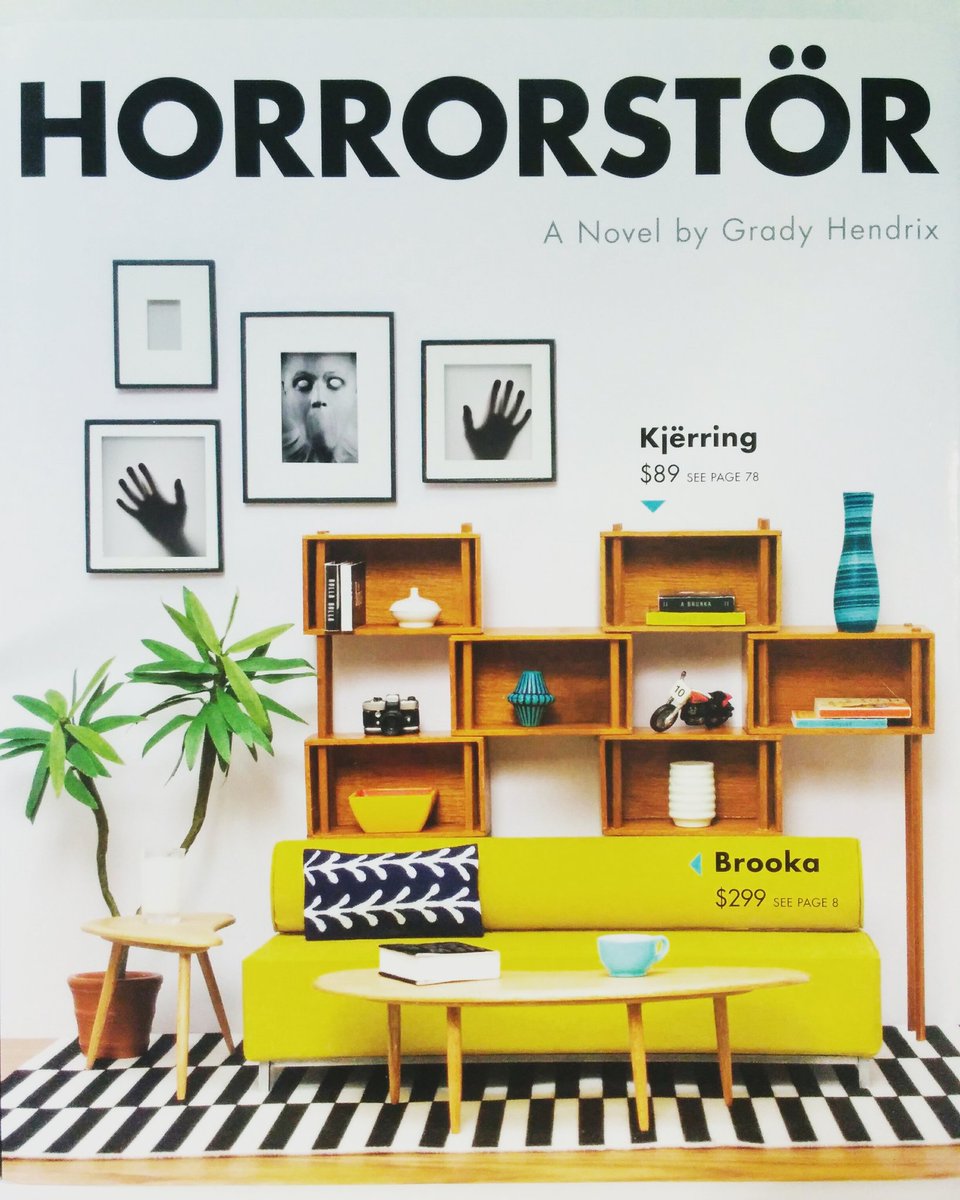 Monsters of a Different Bite

Tired of the same old monster? Here’s a list of books that have monsters with a totally different bite.
Grab NOS4A2, by Joe Hill. It’s a beast so, two hands to hold all of it. The monster in this book is quite literally a time vampire. Not your typical Vampire, oh no. He’s so much more than that. There’s so much more than that in Christmas Land.
Go find Stephen Graham Jones’s After the People Lights Have Gone Off. All the stories are unique but the one? The title story. Absolutely. Because th... 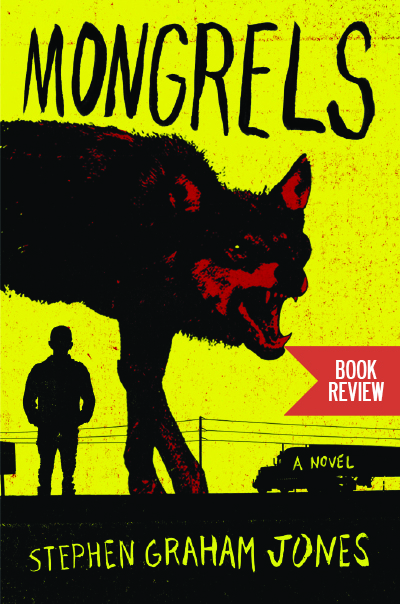 Mongrels: It’s alive.
What’s your monster? If you’ve just read Stephen Graham Jones’s new novel, Mongrels, then werewolf should be your pick for now, forever.
Set all over the southern U.S., Stephen Graham Jones gives us a time-honored tale of growing up with a loving family, poverty and oh, that’s right—the inclination to change into a giant four-legged beast. And this loving family? They’re all werewolves, and they come from a long line of them. These werewolves don’t change at the full moo... 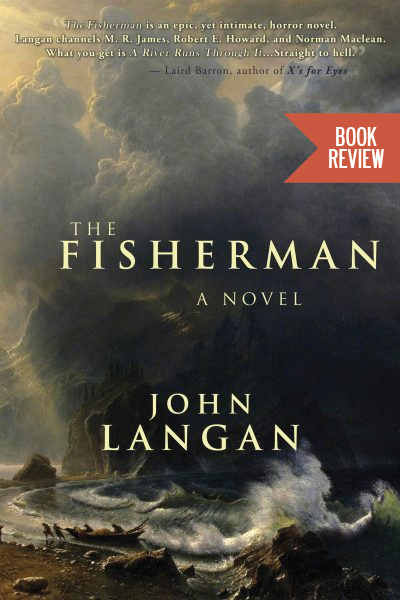 The Fisherman by John Langan

Beneath the Water
His name is Abraham, but call him Abe. Remind you of anything? The bells should already be ringing for Moby Dick‘s iconic “Call me Ishmael”. It’s intended because The Fisherman, by John Langan, in many ways inspires all the intricate thoughts that go along with the classic Moby Dick. The need to catch what can never be caught, or, more appropriately, to understand what could never, maybe should never be understood.
Unless you go to Dutchman’s Creek, that is.
In the first par... 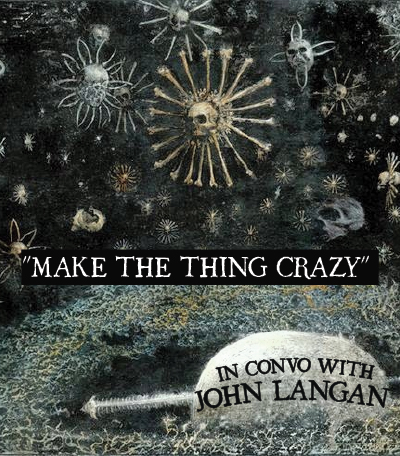 Make the Thing Crazy – In Convo with John Langan

We have developed the habit of horror on Dwarf+Giant. This goes not only for the classics and the icons of the genre, but for those making a mark, who are not yet household names. Here is John Langan, in conversation with Mackenzie Kiera – who keeps inviting these dangerous people into our cozy little corner of the interwebs. Thanks pal. If things go south, it’s on you. [Our interview of The Fisherman is here.]
Mackenzie Kiera – The Fisherman is such an intricate book. How long did it take yo...